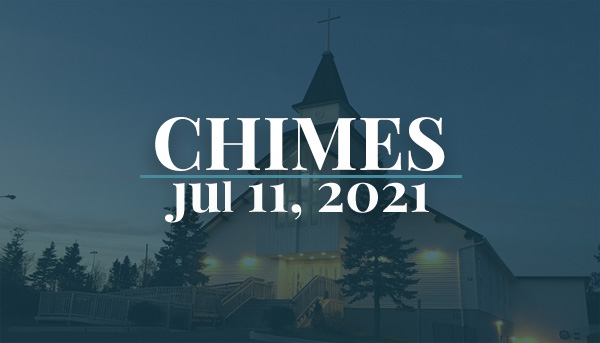 Almighty God,
you have made us for yourself,
and our hearts are restless
until they find their rest in you.
May we find peace in your service,
and in the world to come, see you face to face;
through Jesus Christ our Lord,
who lives and reigns with you and the Holy Spirit,
one God, now and for ever. AMEN

David again gathered all the chosen men of Israel, thirty-thousand. David and all the people with him set out and went from Baale-judah, to bring up from there the ark of God, which is called by the name of the Lord of hosts who is enthroned on the cherubim. They carried the ark of God on a new cart, and brought it out of the house of Abinadab, which was on the hill. Uzzah and Ahio, the sons of Abinadab, were driving the new cart with the ark of God; and Ahio went in front of the ark. David and all the house of Israel were dancing before the Lord with all their might, with songs and lyres and harps and tambourines and castanets and cymbals. So David went and brought up the ark of God from the house of Obededom to the city of David with rejoicing; and when those who bore the ark of the Lord had gone six paces, he sacrificed an ox and a fatling. David danced before the Lord with all his might; David was girded with a linen ephod. So David and all the house of Israel brought up the ark of the Lord with shouting, and with the sound of the trumpet. As the ark of the Lord came into the city of David, Michal daughter of Saul looked out of the window, and saw King David leaping and dancing before the Lord; and she despised him in her heart. They brought in the ark of the Lord, and set it in its place, inside the tent that David had pitched for it; and David offered burnt offerings and offerings of well-being before the Lord. When David had finished offering the burnt offerings and the offerings of well-being, he blessed the people in the name of the Lord of hosts, and distributed food among all the people, the whole multitude of Israel, both men and women, to each a cake of bread, a portion of meat, and a cake of raisins. Then all the people went back to their homes.   2 SAMUEL 6:1-5, 12B-19

The earth is the Lord's and all that is in it,
the world and all who dwell therein.

For it is he who founded it upon the seas
and made it firm upon the rivers of the deep.

"Who can ascend the hill of the Lord?
and who can stand in his holy place?"

"Those who have clean hands and a pure heart,
who have not pledged themselves to falsehood, nor sworn by what is a fraud.

They shall receive a blessing from the Lord
and a just reward from the God of their salvation."

Lift up your heads, O gates; lift them high, O everlasting doors;
and the King of glory shall come in.

"Who is this King of glory?"
"The Lord, strong and mighty, the Lord, mighty in battle."

Lift up your heads, O gates; lift them high, O everlasting doors;
and the King of glory shall come in.

Creator and ruler of all, open our hearts that the King of glory may enter, and bring us rejoicing to your holy mountain, where you live and reign, now and for ever.   PSALM 24

The Holy Gospel of our Lord Jesus Christ according to Mark

King Herod heard of it, for Jesus' name had become known. Some were saying, "John the baptizer has been raised from the dead; and for this reason these powers are at work in him." But others said, "It is Elijah." And others said, "It is a prophet, like one of the prophets of old." But when Herod heard of it, he said, "John, whom I beheaded, has been raised." For Herod himself had sent men who arrested John, bound him, and put him in prison on account of Herodias, his brother Philip's wife, because Herod had married her. For John had been telling Herod, "It is not lawful for you to have your brother's wife." And Herodias had a grudge against him, and wanted to kill him. But she could not, for Herod feared John, knowing that he was a righteous and holy man, and he protected him. When he heard him, he was greatly perplexed; and yet he liked to listen to him. But an opportunity came when Herod on his birthday gave a banquet for his courtiers and officers and for the leaders of Galilee. When his daughter Herodias came in and danced, she pleased Herod and his guests; and the king said to the girl, "Ask me for whatever you wish, and I will give it." And he solemnly swore to her, "Whatever you ask me, I will give you, even half of my kingdom." She went out and said to her mother, "What should I ask for?" She replied, "The head of John the baptizer." Immediately she rushed back to the king and requested, "I want you to give me at once the head of John the Baptist on a platter." The king was deeply grieved; yet out of regard for his oaths and for the guests, he did not want to refuse her. Immediately the king sent a soldier of the guard with orders to bring John's head. He went and beheaded him in the prison, brought his head on a platter, and gave it to the girl. Then the girl gave it to her mother. When his disciples heard about it, they came and took his body, and laid it in a tomb. MARK 6:14-29

Father,
your word creates in us a yearning for your kingdom.
Receive all we offer you this day, and keep us in your peace;
for the sake of Jesus Christ the Lord. AMEN

Living God,
in this sacrament we have shared in your eternal kingdom.
May we who taste this mystery
forever serve you in faith, hope, and love.
We ask this in the name of Jesus Christ the Lord. AMEN