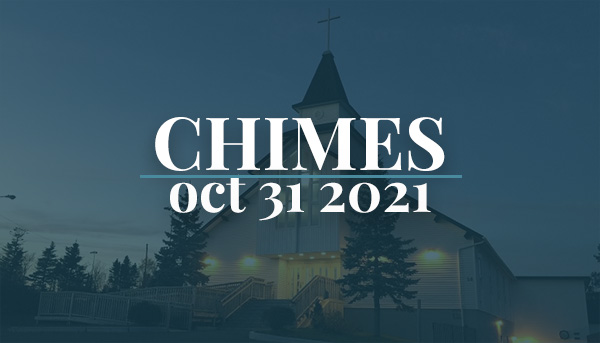 Prayers of the People

Cleansed in the blood of the Lamb, and one in communion with all the saints of every time and place, let us offer our prayers to the God who loves us, saying:
Lord , hear our prayer.

For the holy church of God throughout the world, that the Lord may confirm it in faith, sustain it in hope, and deepen its communion in charity. We pray for Sam our Bishop,Charlene our Diocesan Administrator, the parishes of  St. Michael and All Angels St. John’s, St. Peter’s CBS and for our brothers and sisters in The Episcopal/Anglican Province of Alexandria. Let us pray to the Lord:
Lord, hear our prayer.

For those who wield earthly power; May the leaders of governments see the needs of the oppressed and respond in justice. We pray for Justin, Prime Minister, and all Members of Parliament. Infuse your Spirit within them, that all may recognize in the disciples of Jesus, children of God, anxious to serve in building up the earthly city, let us pray to the Lord:
Lord, hear our prayer.

For those beset by persecution for righteousness’ sake, and those weighed down by trial and distress, that the examples of the saints may give them courage and the help of believers give them hope, let us pray to the Lord:
Lord, hear our prayer.

For those we remember in prayer, affected by sickness, anxiety, and pain, especially those on our Parish Prayer Cycle.  Let us pray to the Lord:
Lord, hear our prayer.

For the newly baptized; May all children be loved, educated, fed and housed. May they  grow with self-confidence and joy. Let us pray to the Lord:
Lord, hear our prayer.

For those who departed this life in faith and in the fear of God; especially we remember our loved ones who have died this past year, for benefactors of this parish, for all the saints of the church. May they join the innumerable throng of holy ones gathered before the throne and the Lamb, let us pray to the Lord:
Lord, hear our prayer.

Holy God,  mighty God, immortal God, adored by angels and praised by the saints, receive the prayers of your holy church, and grant them in accordance with your gracious will, through Christ our Lord. Amen.

Almighty God,
whose people are knit together in one holy Church,
the mystical Body of your Son,
grant us grace to follow your blessed saints
in lives of faith and commitment,
and to know the inexpressible joys you have prepared
for those who love you;
through your Son Jesus Christ our Lord,
who lives and reigns with you and the Holy Spirit,
one God, now and for ever. AMEN

A Reading from the Wisdom of Solomon

The souls of the righteous are in the hand of God, and no torment will ever touch them. In the eyes of the foolish they seemed to have died, and their departure was thought to be a disaster, and their going from us to be their destruction; but they are at peace. For though in the sight of others they were punished, their hope is full of immortality. Having been disciplined a little, they will receive great good, because God tested them and found them worthy of himself; like gold in the furnace he tried them, and like a sacrificial burnt offering he accepted them. In the time of their visitation they will shine forth, and will run like sparks through the stubble. They will govern nations and rule over peoples, and the Lord will reign over them forever. Those who trust in him will understand truth, and the faithful will abide with him in love, because grace and mercy are upon his holy ones, and he watches over his elect.  WISDOM OF SOLOMON 3:1-9

The earth is the Lord's and all that is in it, the world and all who dwell therein.

For it is he who founded it upon the seas and made it firm upon the rivers of the deep. R

"Who can ascend the hill of the Lord? and who can stand in his holy place?"

"Those who have clean hands and a pure heart, who have not pledged themselves to falsehood, nor sworn by what is a fraud. R

They shall receive a blessing from the Lord and a just reward from the God of their salvation.

Lift up your heads, O gates; lift them high, O everlasting doors; and the King of glory shall come in.

"Who is this King of glory?" "The Lord, strong and mighty, the Lord, mighty in battle." R

Lift up your heads, O gates; lift them high, O everlasting doors; and the King of glory shall come in.

Reader: The Lord be with you
People: And also with you.

The Holy Gospel of our Lord Jesus Christ According to John

When Mary came where Jesus was and saw him, she knelt at his feet and said to him, "Lord, if you had been here, my brother would not have died." When Jesus saw her weeping, and the Jews who came with her also weeping, he was greatly disturbed in spirit and deeply moved. He said, "Where have you laid him?" They said to him, "Lord, come and see." Jesus began to weep. So the Jews said, "See how he loved him!" But some of them said, "Could not he who opened the eyes of the blind man have kept this man from dying?" Then Jesus, again greatly disturbed, came to the tomb. It was a cave, and a stone was lying against it. Jesus said, "Take away the stone." Martha, the sister of the dead man, said to him, "Lord, already there is a stench because he has been dead four days." Jesus said to her, "Did I not tell you that if you believed, you would see the glory of God?" So they took away the stone. And Jesus looked upward and said, "Father, I thank you for having heard me. I knew that you always hear me, but I have said this for the sake of the crowd standing here, so that they may believe that you sent me." When he had said this, he cried with a loud voice, "Lazarus, come out!" The dead man came out, his hands and feet bound with strips of cloth, and his face wrapped in a cloth. Jesus said to them, "Unbind him, and let him go."   JOHN 11:32-44

Prayer Over the Gifts

Holy and mighty God,
we give you thanks for the triumph of Christ
in the lives of all his saints.
Receive all we offer you this day,
and help us, like them, to run our course with faith,
that we may come to your eternal kingdom.
We ask this in the name of Jesus Christ our Lord. AMEN

Lord of hosts,
we praise your glory reflected in your saints.
May we who share at this table
be filled with the joy of your eternal kingdom,
where Jesus is Lord, now and for ever.  AMEN