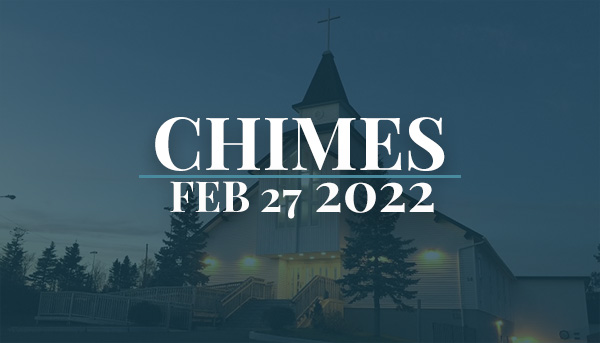 Transfiguration of the Lord

In person Worship at the Ascension: If you are unable to join us in person, please continue to join us on-line on our Facebook page at Parish of the Ascension. The service will be recorded and you will be able to view it at a later time on our Facebook page or our YouTube channel. We will continue to keep you apprised of any changes as they occur.

Prayers of the People

In the power of the Spirit and in union with Christ, let us
pray to the Father. Lord of glory, it is good that we are here.
In peace we make our prayer to you. In trust we confirm our
faith in you. Help us to set our faces steadfastly to where
you would have us go.
Lord, look with favour. Lord, transfigure and heal.

Lord of glory, look with favour on your Church, proclaiming
your beloved Son to the world and listening to the
promptings of his Spirit. Today we pray for the parishes of
Burin, By the Sea and Carbonear and those worshiping in
The Anglican Church of Kenya. May she be renewed in
Holiness that she may reflect your glory.
Lord, look with favour. Lord, transfigure and heal.

Lord of glory, look with favour on the nations of the world,
scarred by hatred, strife and war, especially for those
involved in the Ukraine/Russian conflict. May they be
healed by the touch of your hand.
Lord, look with favour. Lord, transfigure and heal.

Lord of glory, look with favour on those in need and
distress, suffering as your Son has suffered and waiting for
the salvation you promise especially those on the Ascension
Prayer Cycle. May the daybreak and Christ the Morning Star
bring them the light of his presence.
Lord, look with favour. Lord, transfigure and heal.

Lord of glory, it is good if we suffer with you so that we
shall be glorified with you. According to your promise
bring all Christ’s brothers and sisters to see him with their
own eyes in majesty and to be changed into his likeness
from glory to glory. To him be praise, dominion and
worship now and for all eternity. AMEN

Almighty God,
on the holy mount you revealed to chosen witnesses
your well-beloved Son, wonderfully transfigured:
mercifully deliver us from the darkness of this world,
and change us into his likeness from glory to glory;
through Jesus Christ our Lord
who lives and reigns with you and the Holy Spirit,
one God, now and for ever. AMEN

A Reading from the Book of Daniel

Daniel wrote, "As I watched, thrones were set in place, and an Ancient One took his throne, his clothing was white as snow, and the hair of his head like pure wool; his throne was fiery flames, and its wheels were burning fire. A stream of fire issued and flowed out from his presence. A thousand thousands served him, and ten thousand times ten thousand stood attending him. The court sat in judgement, and the books were opened. As I watched in the night visions, I saw one like a human being coming with the clouds of heaven. And he came to the Ancient One and was presented before him. To him was given dominion and glory and kingship, that all peoples, nations, and languages should serve him. His dominion is an everlasting dominion that shall not pass away, and his kingship is one that shall never be destroyed."  DANIEL 7:9-10, 13-14

REFRAIN The Lord our God is the Holy One.

The Lord is king; let the people tremble; he is enthroned upon the Cherubim; let the earth shake.
The Lord is great in Zion; he is high above all peoples.
Let them confess his name, which is great and awesome; he is the Holy One. R

"O mighty King, lover of justice, you have established equity; you have executed justice and righteousness in Jacob."
Proclaim the greatness of the Lord our God and fall down before his footstool; he is the Holy One. R

Moses and Aaron among his priests, and Samuel among those who call upon his name, they called upon the Lord, and he answered them.
He spoke to them out of the pillar of cloud; they kept his testimonies and the decree that he gave them. R

"O Lord our God, you answered them indeed; you were a God who forgave them, yet punished them for their evil deeds."
Proclaim the greatness of the Lord our God and worship him upon his holy hill; for the Lord our God is the Holy One. R

Lord our God, ruler of the universe, you love what is right. Lead us in your righteousness, that we may live to praise you, through your Son Jesus Christ our Lord. Amen.    PSALM 99

A Reading from the Second Letter of Peter

We did not follow cleverly devised myths when we made known to you the power and coming of our Lord Jesus Christ, but we had been eyewitnesses of his majesty. For he received honour and glory from God the Father when that voice was conveyed to him by the Majestic Glory, saying, "This is my Son, my Beloved, with whom I am well pleased." We ourselves heard this voice come from heaven, while we were with him on the holy mountain. So we have the prophetic message more fully confirmed. You will do well to be attentive to this as to a lamp shining in a dark place, until the day dawns and the morning star rises in your hearts.  2 PETER 1:16-19

Reader:  The Lord be with you
People:  And also with you

The Holy Gospel of our Lord Jesus Christ According to Luke

Jesus took with him Peter and John and James, and went up on the mountain to pray. And while he was praying, the appearance of his face changed, and his clothes became dazzling white. Suddenly they saw two men, Moses and Elijah, talking to him. They appeared in glory and were speaking of his departure, which he was about to accomplish at Jerusalem. Now Peter and his companions were weighed down with sleep; but since they had stayed awake, they saw his glory and the two men who stood with him. Just as they were leaving him, Peter said to Jesus, "Master, it is good for us to be here; let us make three dwellings, one for you, one for Moses, and one for Elijah" not knowing what he said. While he was saying this, a cloud came and overshadowed them; and they were terrified as they entered the cloud. Then from the cloud came a voice that said, "This is my Son, my Chosen; listen to him!" When the voice had spoken, Jesus was found alone. And they kept silent and in those days told no one any of the things they had seen. LUKE 9:28-36

Prayer Over the Gifts

Holy God,
receive all we offer you this day,
and bring us to that radiant glory
which we see in the transfigured face
of Jesus Christ our Lord. AMEN

Holy God,
we see your glory in the face of Jesus Christ.
May we who are partakers of his table
reflect his life in word and deed,
that all the world may know
his power to change and save.
We ask this in his name. AMEN